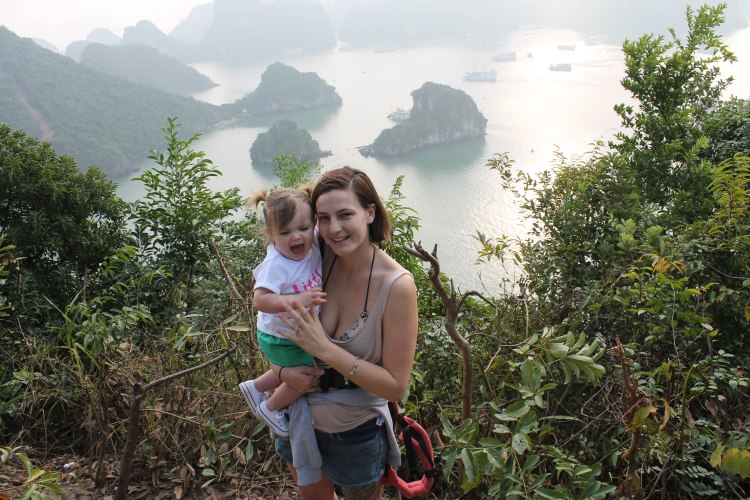 We still had many places on our ‘to see list’ when we became parents. We weren’t prepared to put our dreams on hold and leave It until the kids got older and we’d go on our own, like many many people told us we could do. We were determined to not let having children prevent us from catching our dreams. So not long after Indiana was born, we had booked our first adventure, it took us a year to pay for the trip of non stop saving. When Indiana hit 16 months, we jetted off to Asia for a month. First stop, Vietnam. 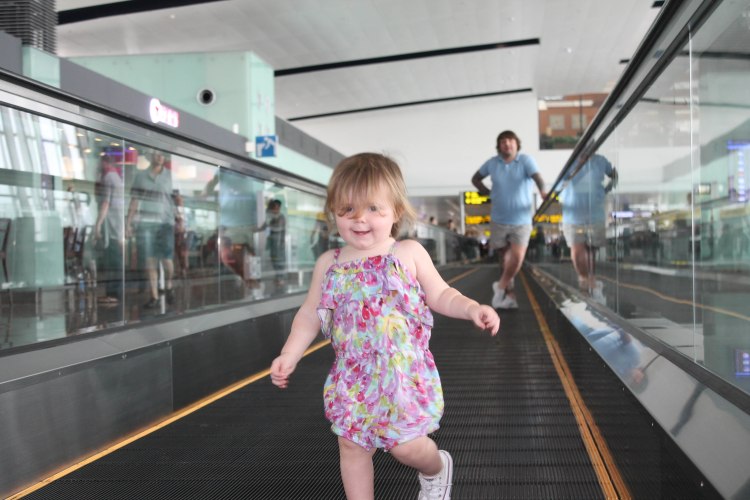 Now when booking this trip we decided we’d do it a little differently than our other trips. Instead of just booking our flights and seeing where things take us. We had researched where we wanted to go and what to see and we pre booked all our hotels before. We had planned to go to quite a few counties during the month and everything was booked, in hindsight, we shouldn’t of booked everything. Some places we wanted to stay a little longer and some places we didn’t want to stay very long. It really limited us throughout the whole trip which is a shame. Especially in places like Asia and America, there are places to stay everywhere! (Unless there is some event going on, of course) so there is no real reason why you’d need to book ahead. Worse case if a hotels hygiene wasn’t great or whatever reason you explain this and usually they will refund you.
So we set off for our flight, first stop off was Bangkok, Thailand for a few hours, where we actually left the airport for a few hours just to have a quick look at Bangkok. Before we knew it our stop over was finished and back on to another plane to Vietnam. So the flights overall were certainly harder than it ever was on a long haul flight on our own. BUT, I took my Tula carrier on board with us which was a saviour. Being able to breastfeed and wear her on me, bouncing up and down the plane when she needed to sleep saved us! Everyone around us on the plane were all so kind too, actually most people we’ve ever shared a plane with have been understanding and generally keep themselves to themselves. So I hardly slept on the plane but I never usually do, so I was knackered but I’d catch up with sleep as much as I could in the hotel. 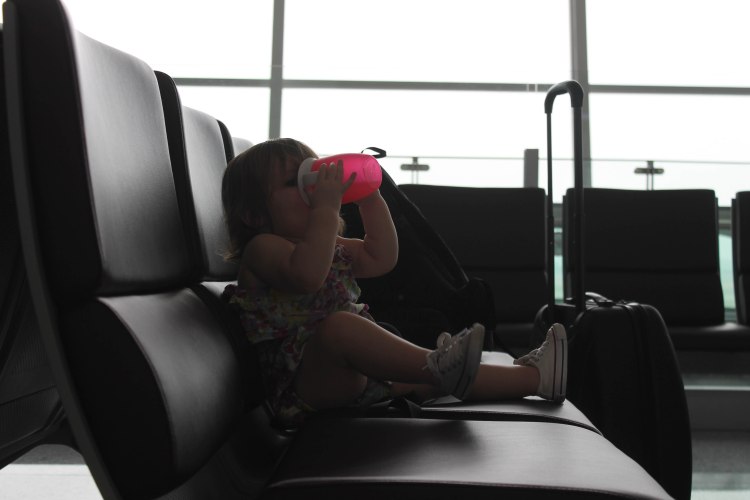 We jumped in to a taxi to our hotel, that in itself was an experience. I was used to Indiana being rear facing in a car at all times, and I suppose in England we have pretty good road users – compared to Asia anyway. Wow, it wasn’t ideal but we eventually got used to it. Indiana had free rein of the whole car, she did NOT want to stay on my lap, at one point she climbed to stu in the front to me in the back. Again, I resulted to Breastfeeding again. It saved us on this whole trip as it gave her an opportunity to chill and made her much more safer on my lap. After this we also realised we needed something on the laptop to keep her occupied. So we downloaded some nursery rhymes on an app which she would watch for a good while! Something I hate is shoving a child in front of a device but there are certainly times when it’s needed! 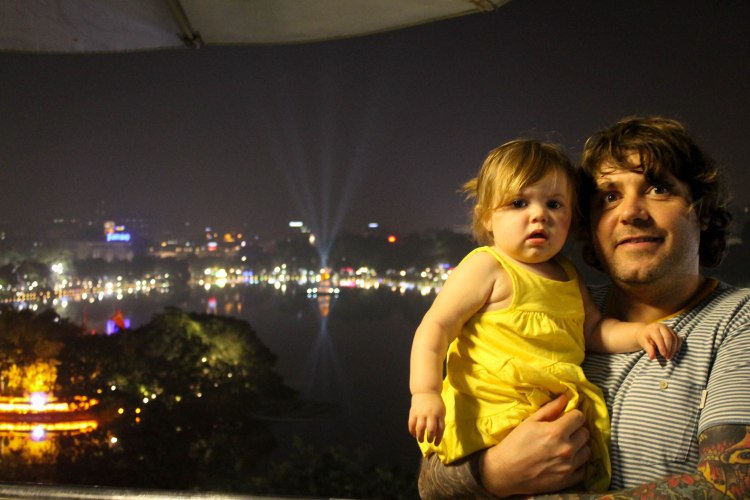 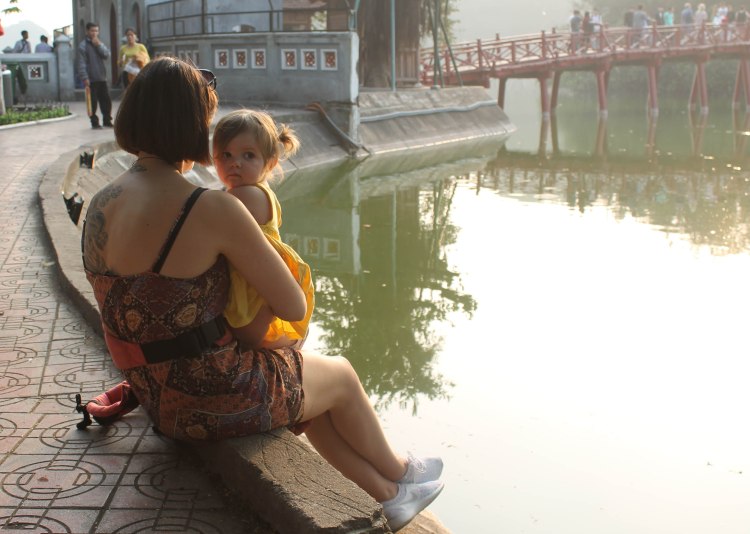 The hotel was beautiful! We stayed in Hanoi, Vietnam. And it certainly was very beautiful. The people, the buildings, the food. Everything. During our time in the city we went for lots of walks around its beautiful city, visiting the markets and meeting the locals. It soon became apparent how much the Asian people would LOVE Indiana, she would be passed from person to person in the restaurants or hotels we stayed at. Many even giving us a chance to eat whilst they played with her. It was fantastic and lovely to see her mixing with other local children too. I have to address the jet lag. With Vietnam being 6 hours ahead of England, it can be hard enough for an adult to adjust, let alone a child who has no clue what’s going on really. I would say on any of our long haul trips the first night especially can be difficult, and then by the third night things start to get more settled. 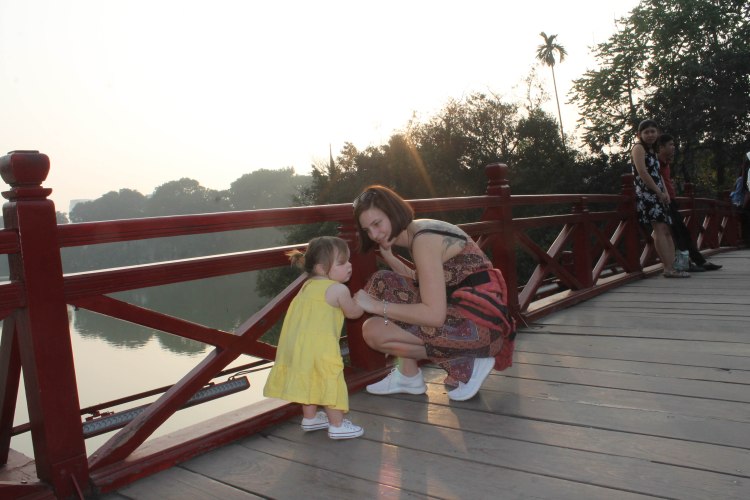 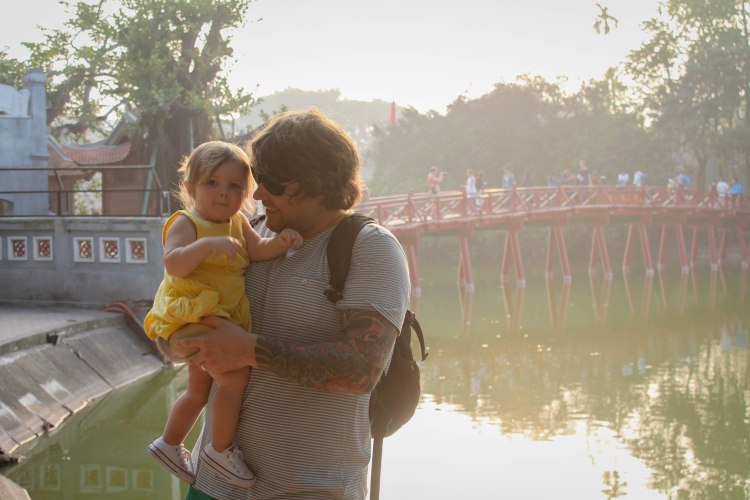 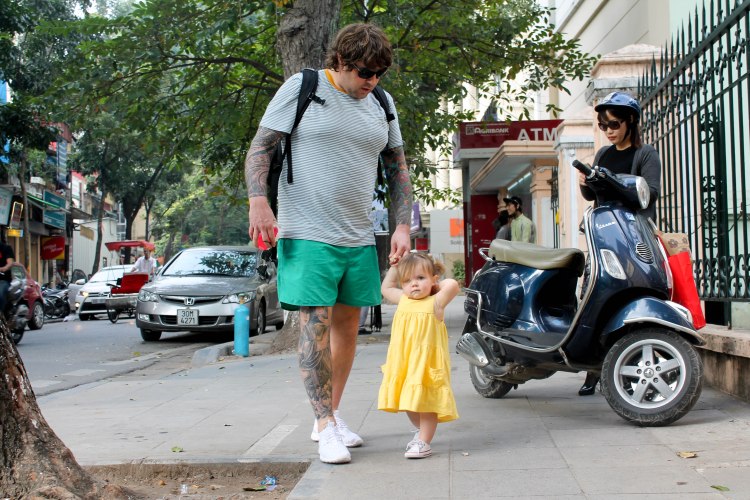 We would soon do a 4 hour bus trip to Ha Long Bay, the nursery rhymes and Breastfeeding got us through that trip perfectly! Ha Long Bay, wow, what an absolutely beautiful place. If it’s not already, make sure it’s added to your list of places to see! We stayed on an overnight boat whilst here, we went on a kayak ride in and out of many of the islands, through caves and coves, we saw. wild monkeys climb untouched Islands, and the best thing about the kayaks, Indiana was so content and chilled that she even had a nap whilst we cruised about. So we then had our traditional Vietnamese dinner on the boat where we also learnt how to make our own spring rolls. We then woke up between a handful of the 1,600 islands, which was just breathtaking. We were lucky enough to climb up to the top of Ti Top Island first thing in the morning as the sun rose above the Islands. It was beautiful and magical. Then making our way back we cruised through many of the Islands of Ha Long Bay, even going past some that had been in movies and where top gear went when they visited. 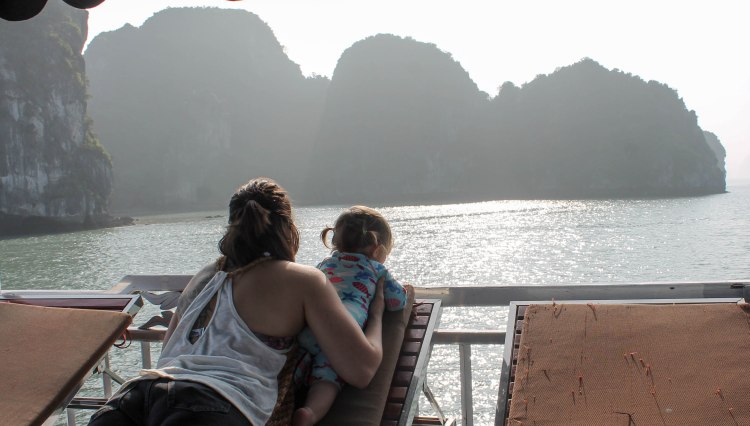 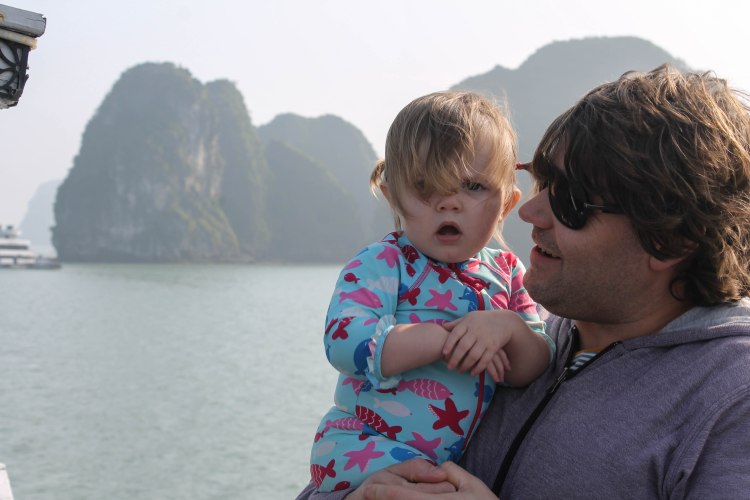 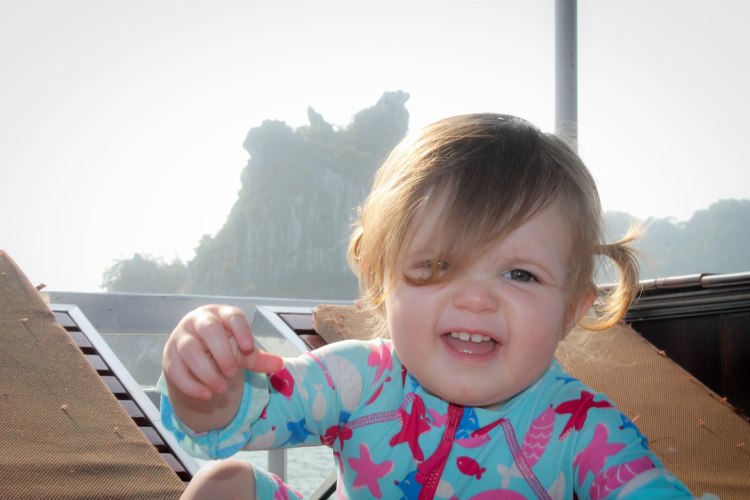 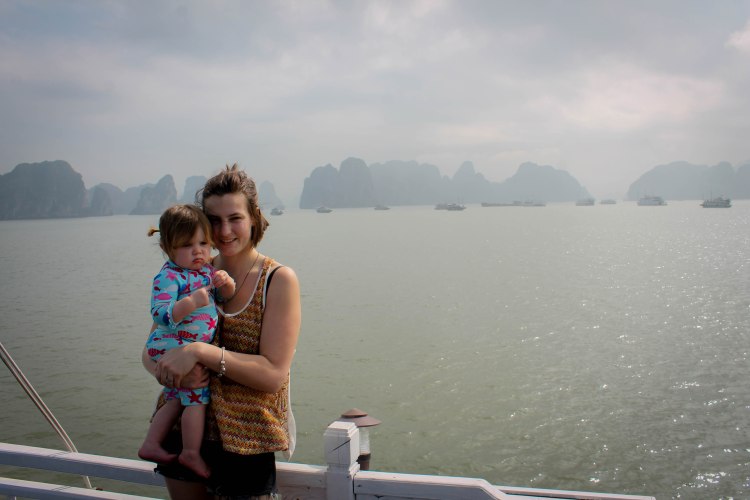 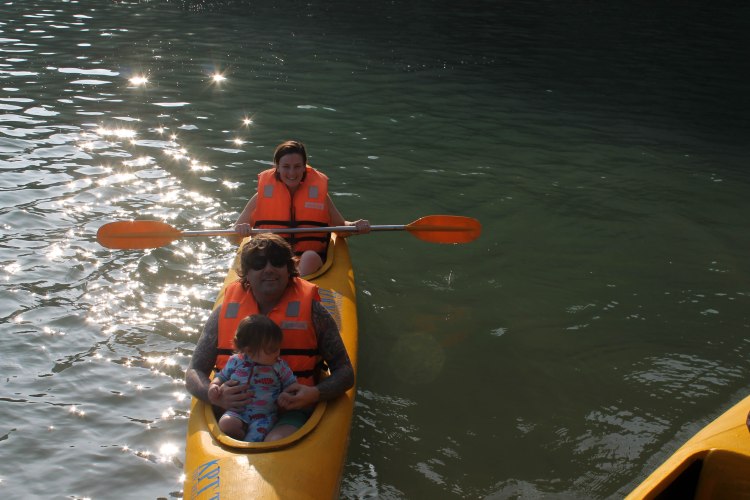 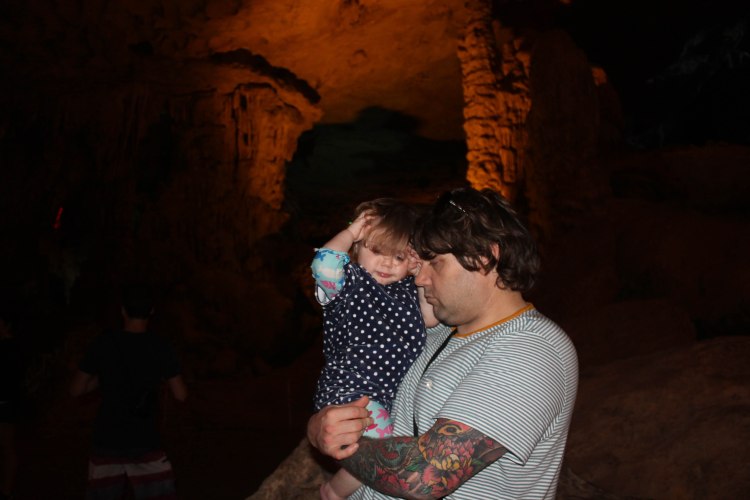 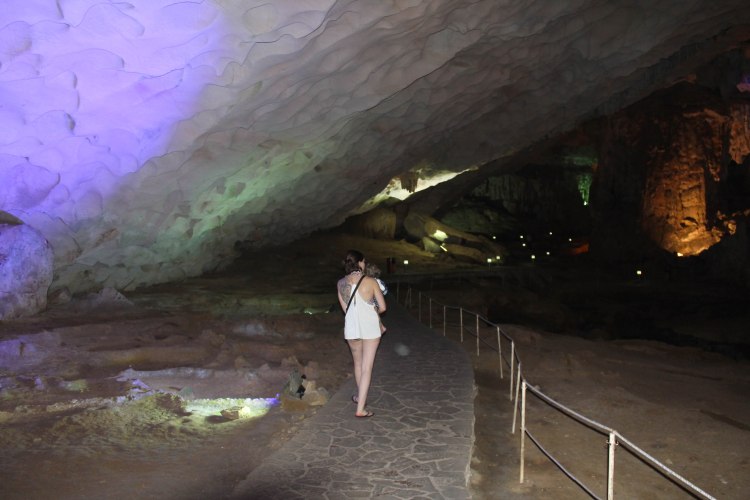 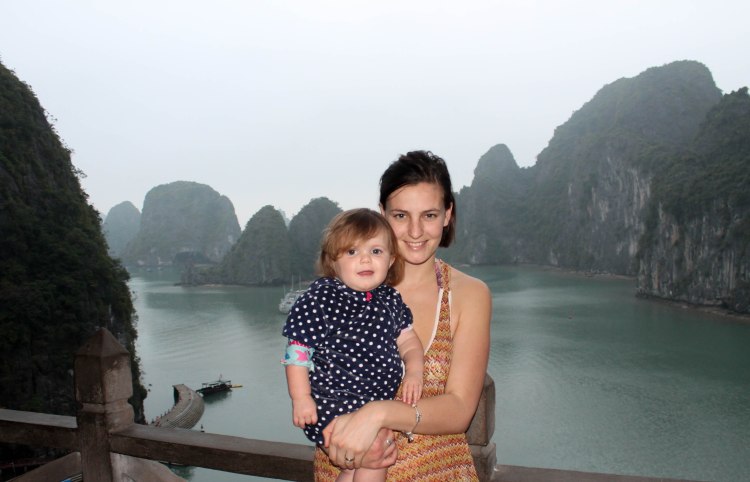 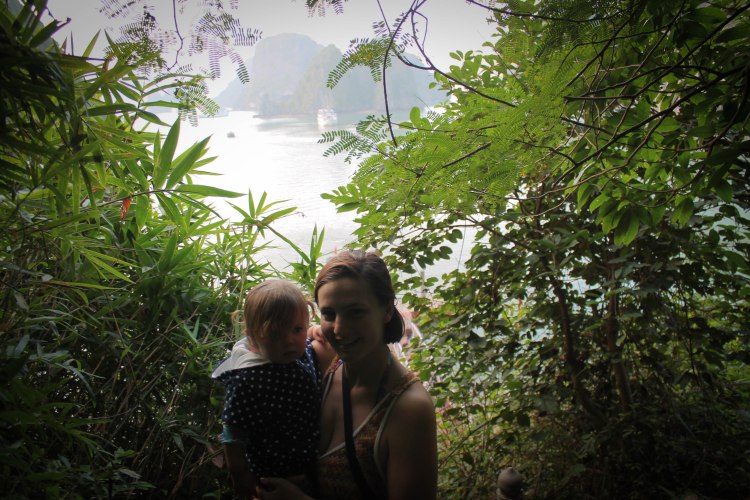 So that was about it for our trip to Vietnam, of course we didn’t travel down south, we wanted to see as much as possible during our month so when we researched each country we would write down what was a priority for us to see and what wasn’t. For me Ha Long Bay was worth travelling that far to see, I absolutely adored it. 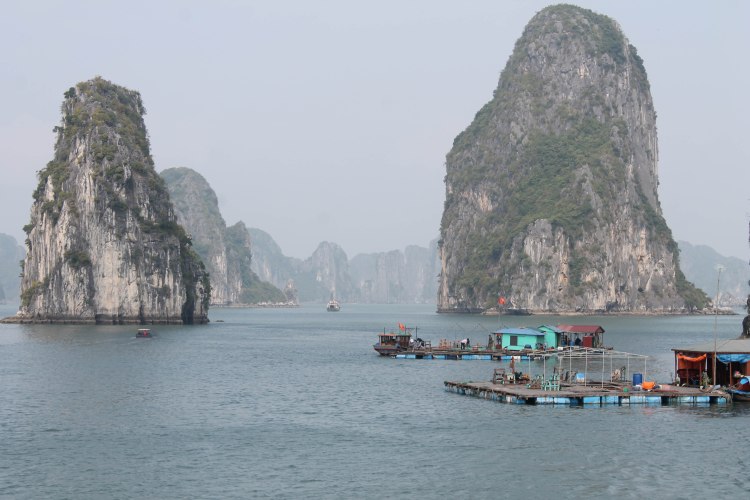 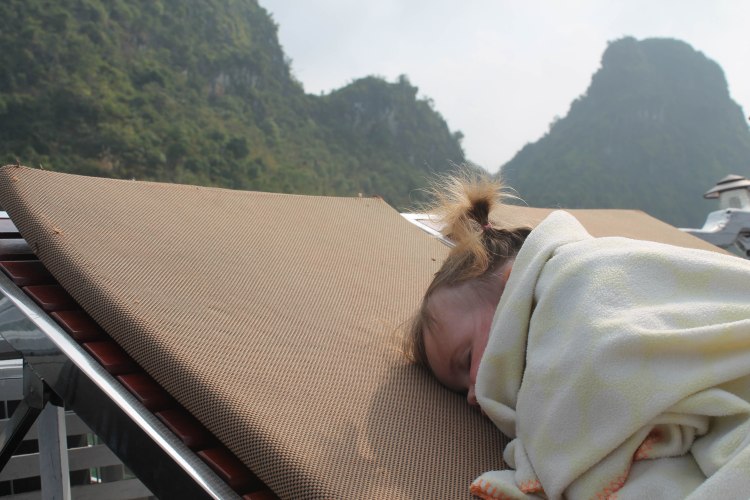 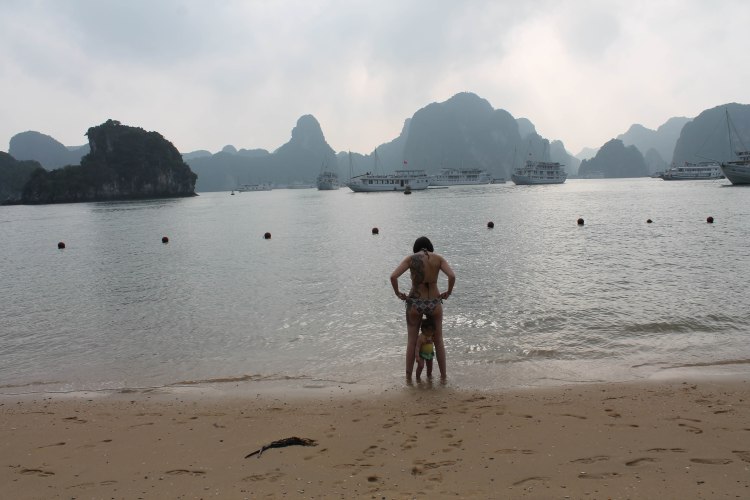 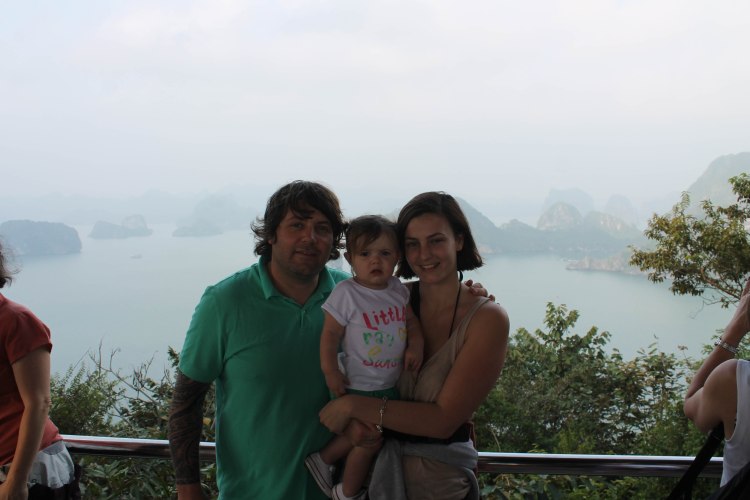 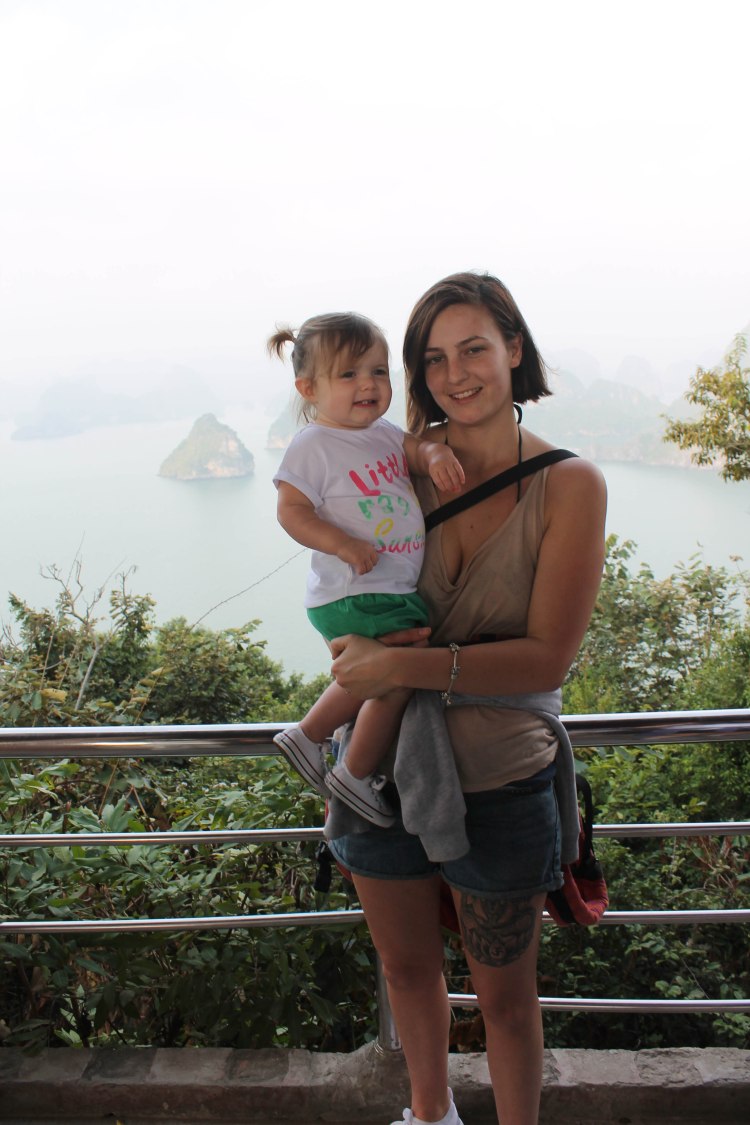 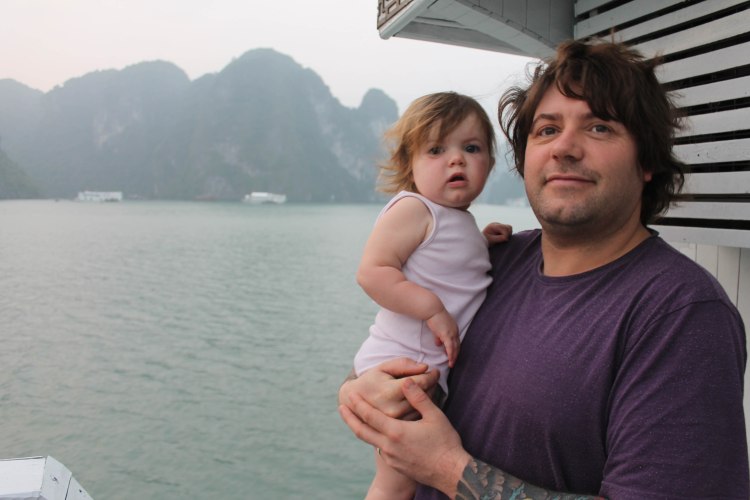 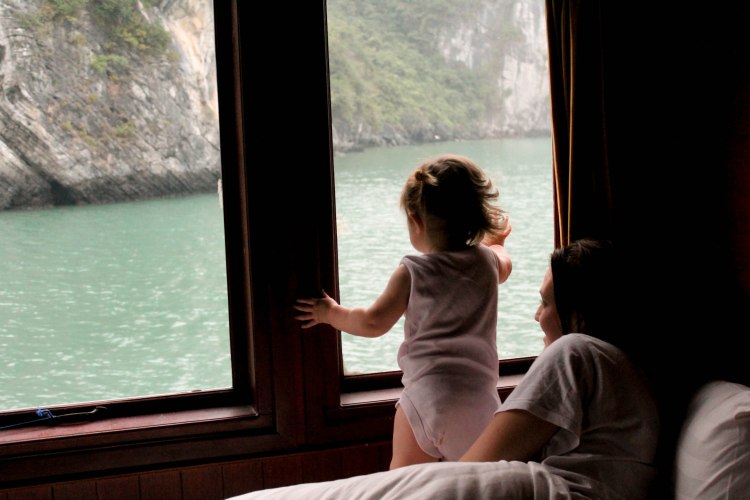 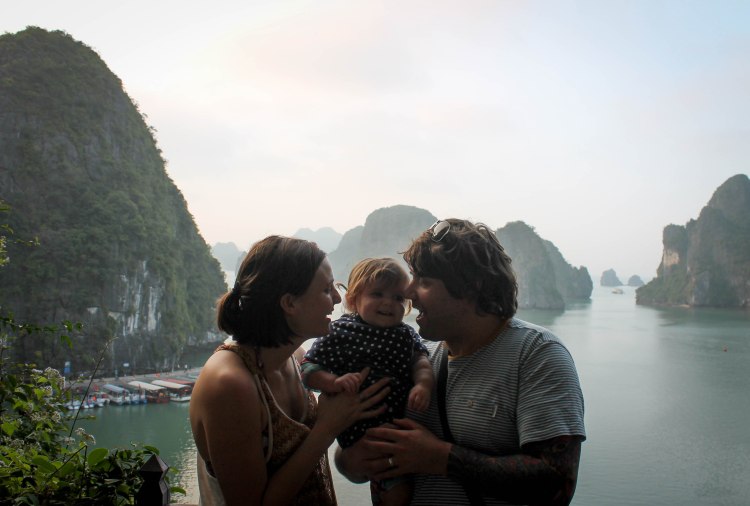 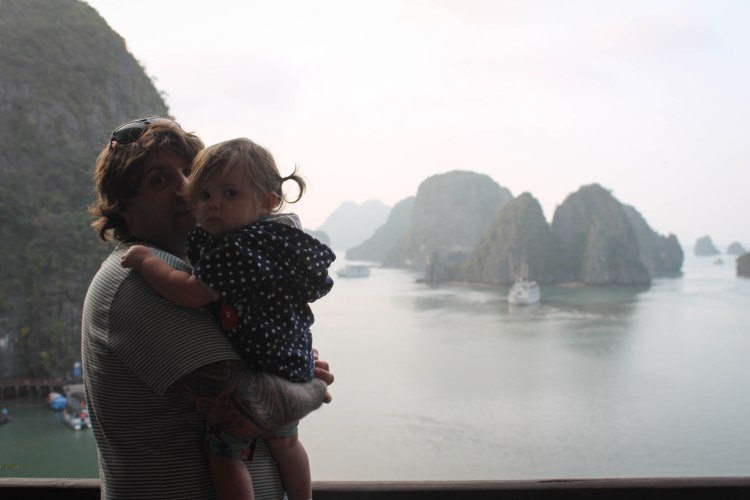 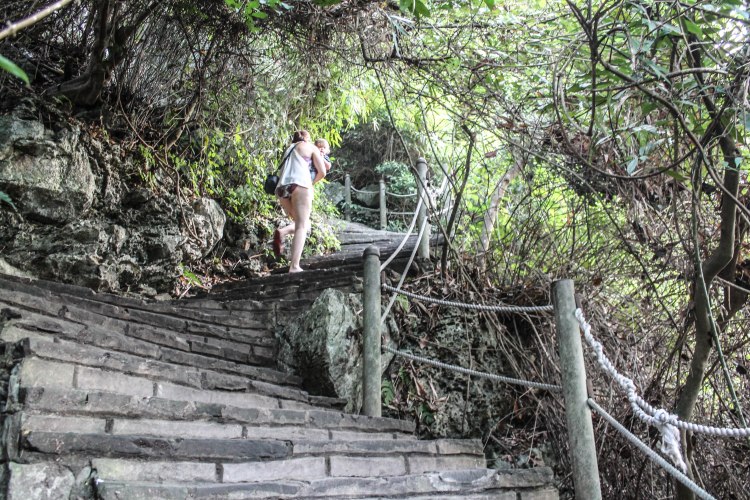 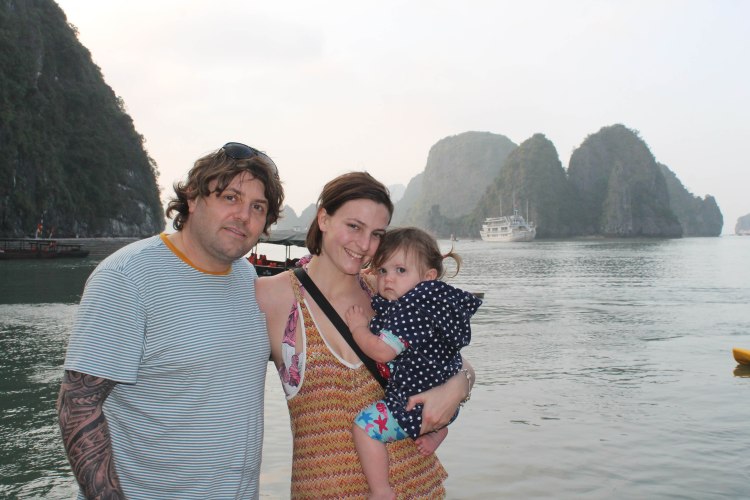 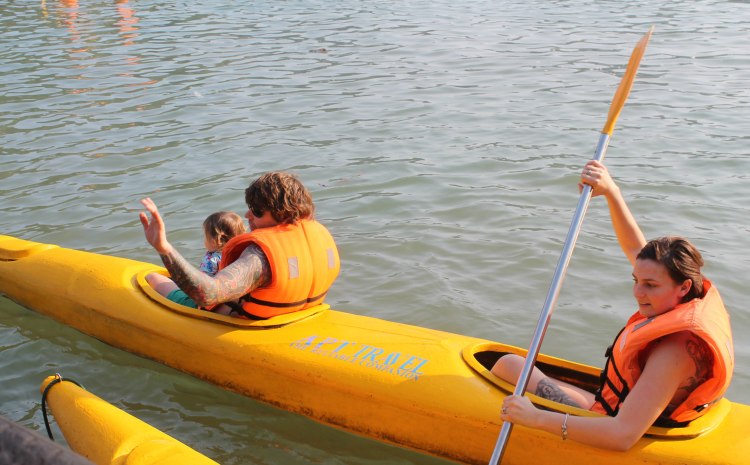 Writing our own story throughout this beautiful adventure we call life <3 TRAVEL|HOME.ED|FAMILY View more posts