So I’m a little late on telling you all about the surprise trip to Iceland I took Stu on, things have been a little busy around here but figured I best do it sooner rather than later!

So way back in 2016 I booked a trip to Iceland, not telling Stu a thing! He had no idea. It was for his 40th birthday which falls in December, I figured it was the perfect time to go – especially to see the northern lights!

The truth is, I didn’t know much about Iceland at all. I just knew I wanted to make this trip extra special and figured if were going to go away without the kids let’s go somewhere that they may not love (freezing cold weather!). How I didn’t tell Stu about our trip I don’t know! It was difficult, I just wanted to get excited with someone! Surprises aren’t all that great for the suprisee!! 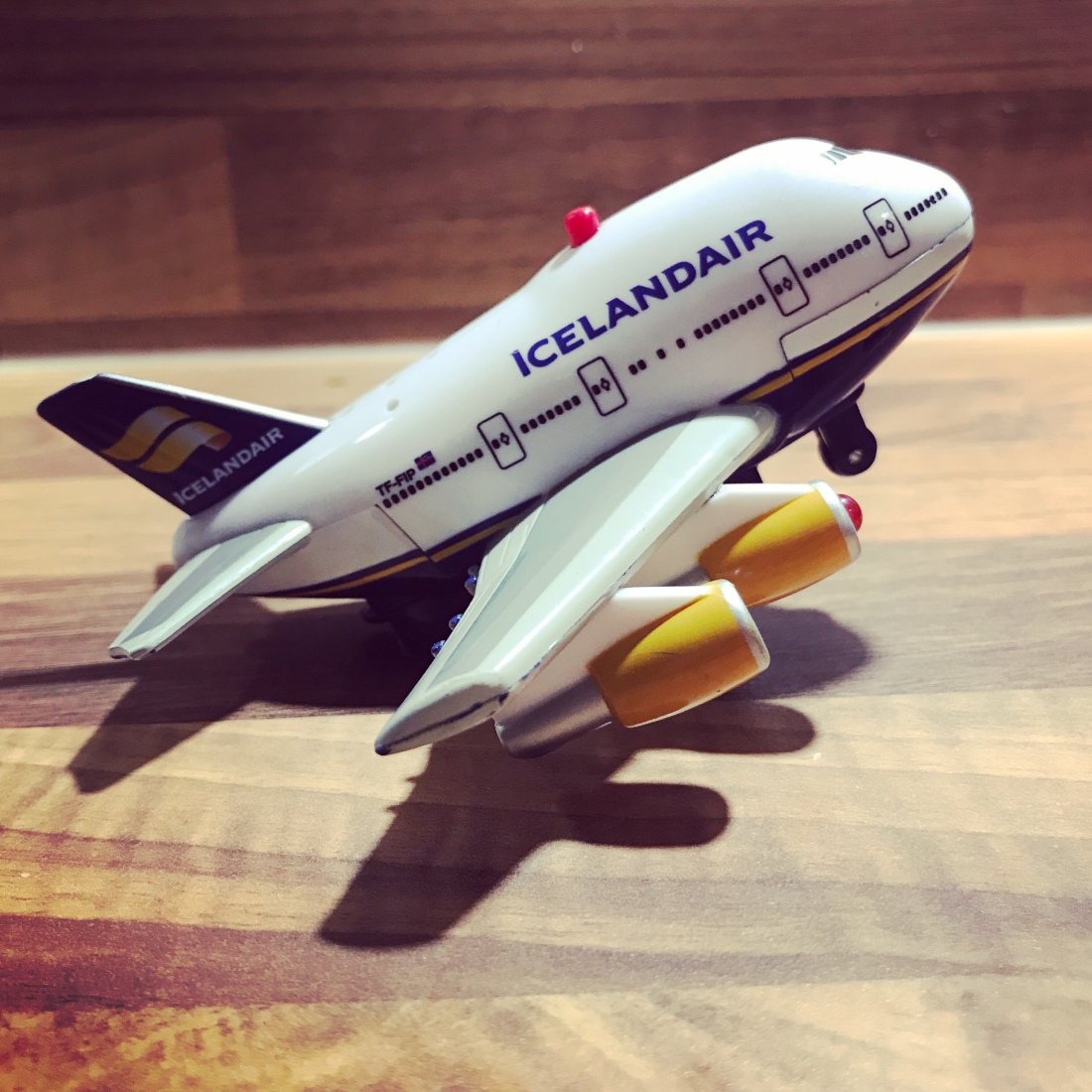 Anyway, I woke him up early in the morning and gave him a block of ice. After attempting to smash it and doing all sorts he then put it under hot water. It revealed a toy plane, which said ‘Icelandair’ on it. He couldn’t believe it, he was so excited! Everything booked and payed for. So we dropped the kids off to our trusty babysitter, this was the first time leaving the kids in over three years! But I was fine, the kids had been difficult the weeks leading up to it so I was so ready HA. The whole airport experience felt so odd, just us. We had a bag each, that was it!? No children running left right centre, no nappy changes, just us…weird! It was uhhhhamazing! 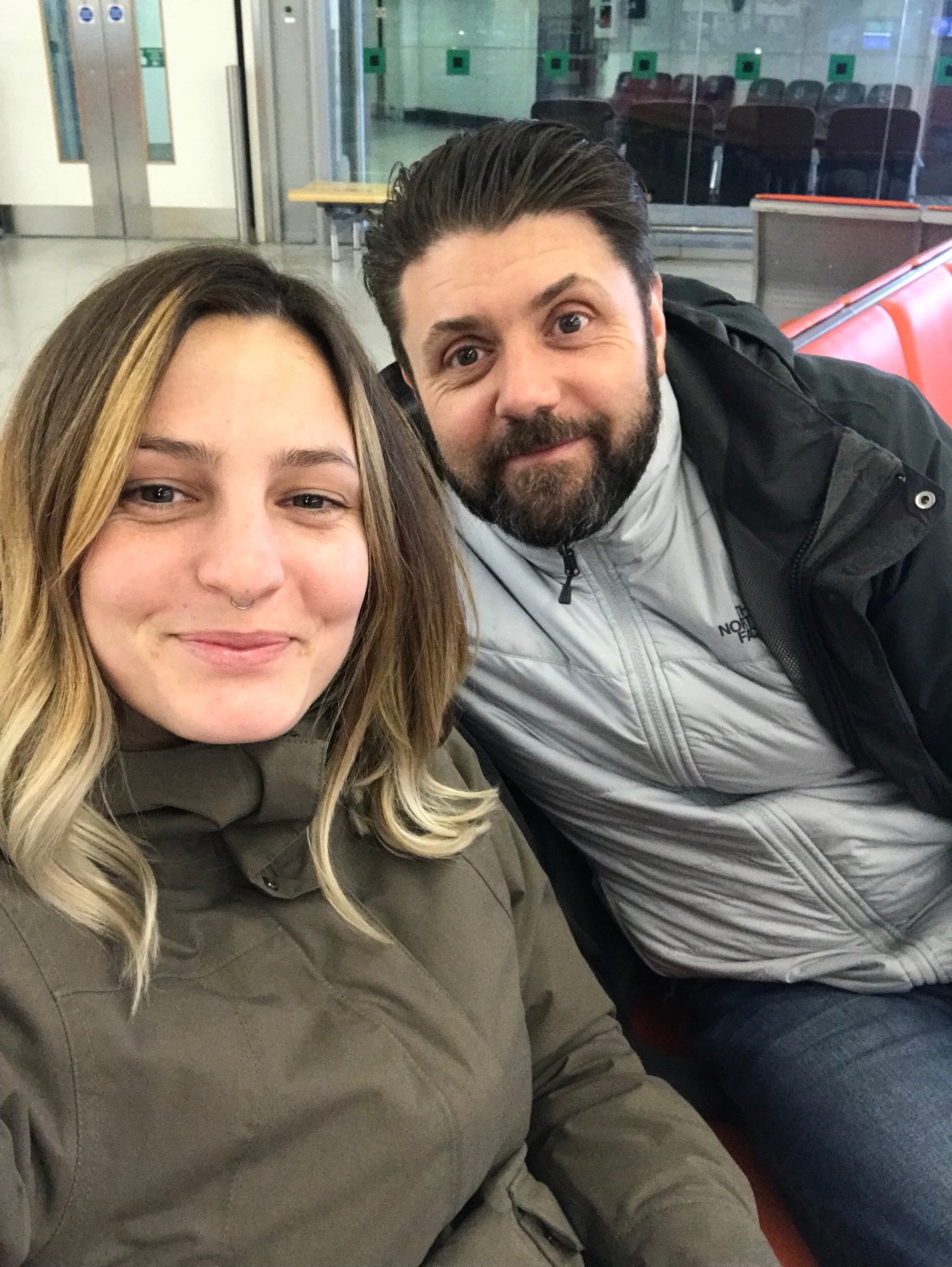 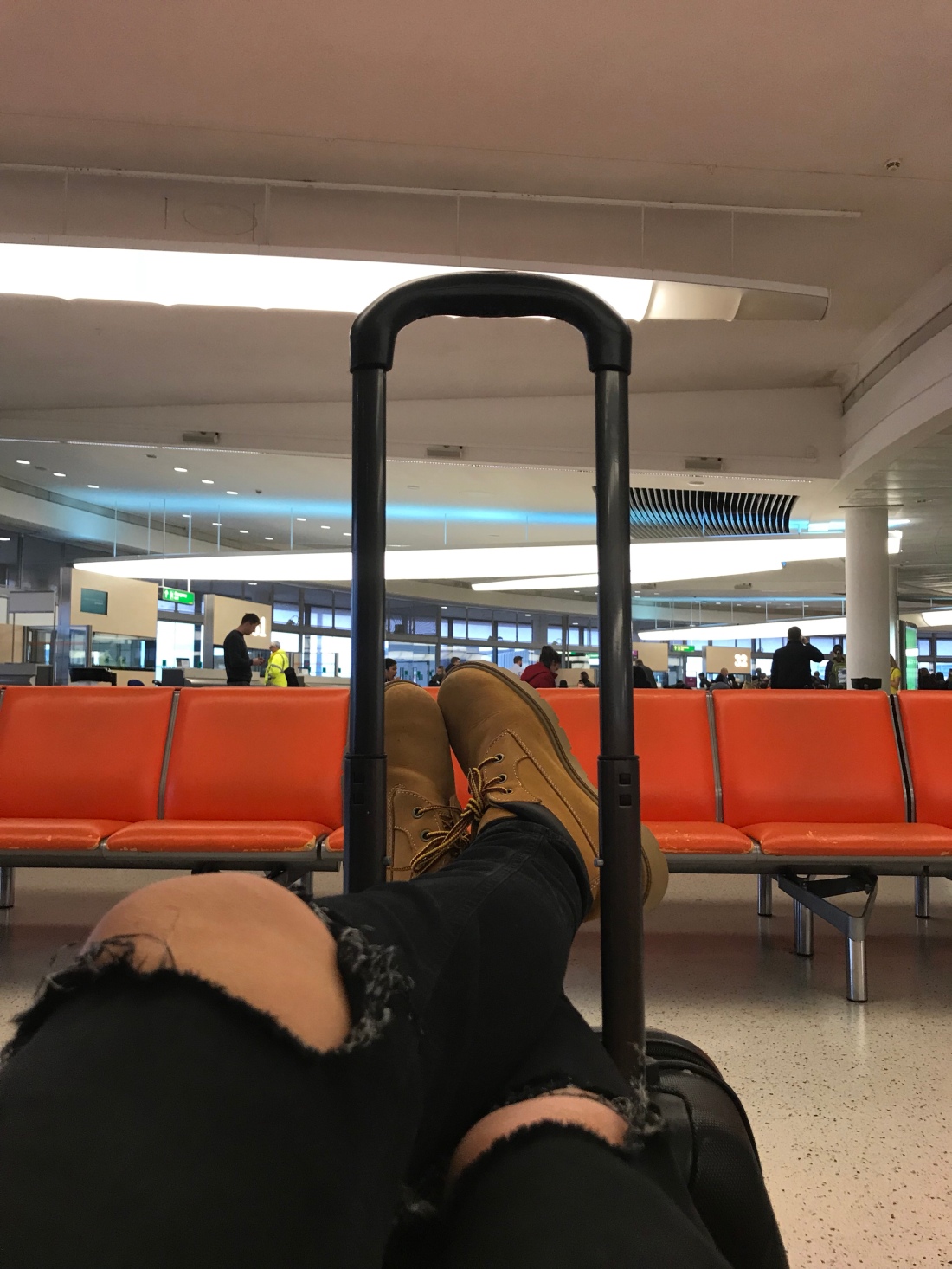 We arrived in Iceland to thick fog and snow…everywhere. We picked up our car hire and set off to find our hotel, it was already dark once we got there {at 3pm 🤣} so we found a swimming pool called Laugardalslaug – 5 min drive from our hotel which was AMAZING! We ended up going here every night, their pools aren’t like ours AT ALL, they are filled with geothermal water, the pools usually have one or two larger pools at about 28°C and hot tubs at temperatures ranging from 38°C up to around 45°C. It’s certainly a unique experience going to the Icelandic pools, you must shower naked with soap before entering the pool, it was odd the first time we went in but it’s actually a really hygienic nice way of going to a public pool, it was spotless and I didn’t have to tip toe around hair and dirt in the changing room because you have to dry yourself off completely before going back in. {this is a reason I HATE public swimming pools}. Secret lagoon is another and of course Blue lagoon for your absolute VIP tourist trap – it was worth going once, really lush but not again, the other pools are still lovely to go to and quarter of the price! {if you plan to go Blue Lagoon make sure you precook!} Totally recommend going to as many swimming pools as possible when you go! 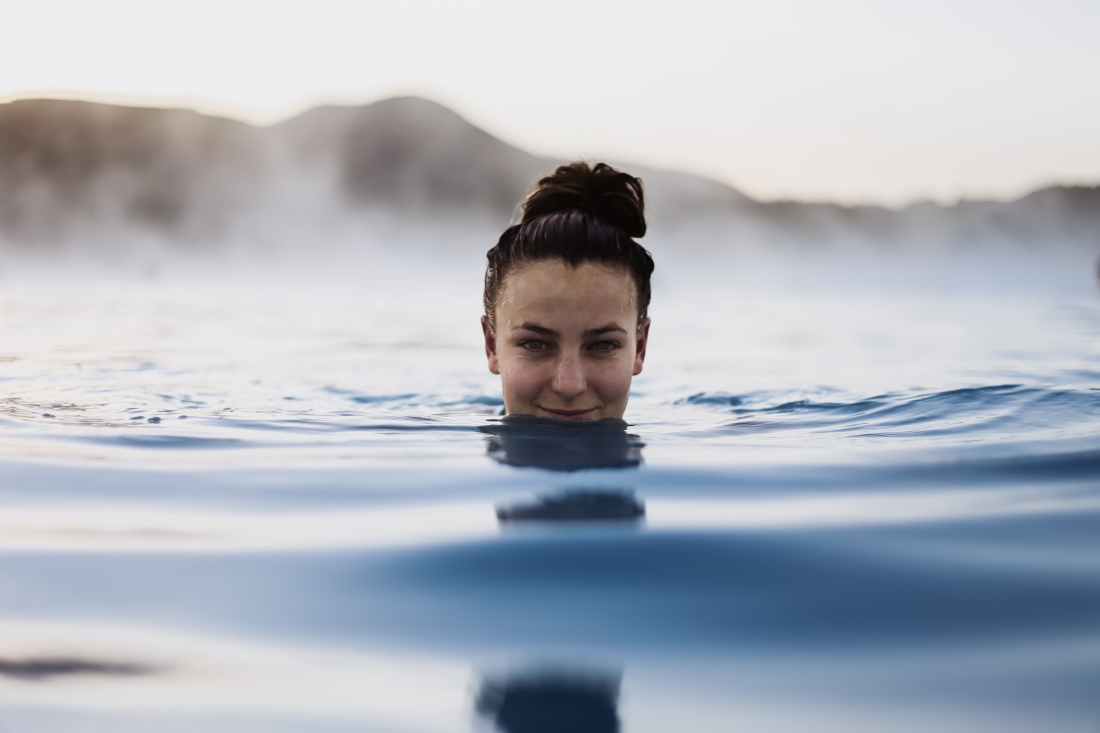 Golden circle tour is a must when you go to Iceland, it’s simple, everything has easy access but it is touristy. Just do your own research, there is SO much more to see in Iceland, there are so many hidden waterfalls, hot pools etc. There are thousands of blogs on google that tell you all you need to know about the hidden gems. Our favourite hidden gem that we got to see was Seljalandsfoss, only a 20min hike until you reach one of the oldest pools in Iceland dating back to 1923, it has hot water running down from the mountain in to the pool. 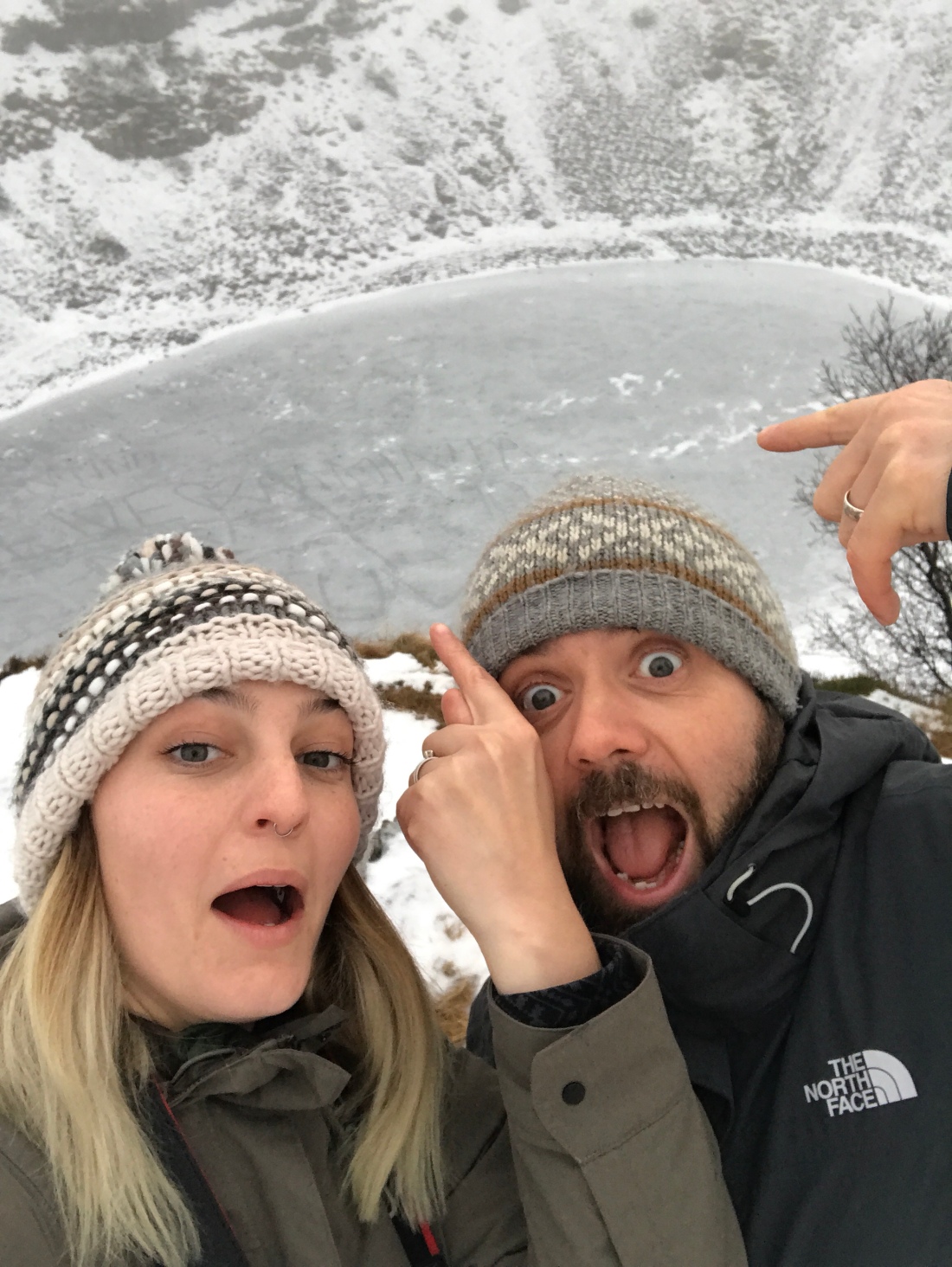 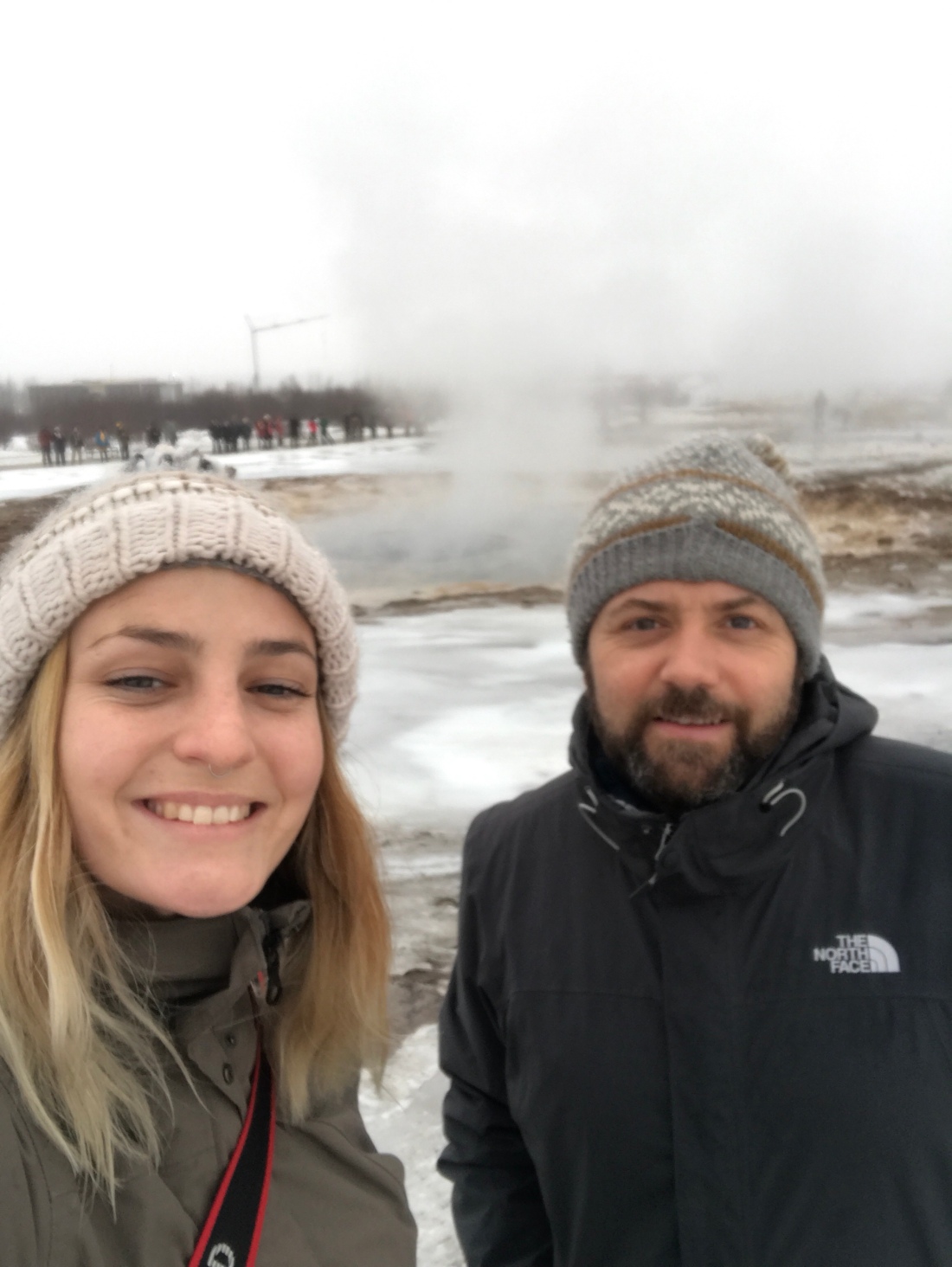 We also attempted going to another hidden gem. Reykjadalur. Hot springs at the top of a mountain, we had to go! We were told it would take less than an hour and only 3km, it was about 1.30 so we didn’t have loads of time. We started the hike and it quickly became clear this was going to be tough, it was steep incline on snow/ice. Stu wasn’t impressed, I was desperate to get there. We had walked for a total of 1.5 hours when we passed someone on their way down that told us we were still 30 min away – we {Stu} was dying. We wanted to turn back when we were 10 minutes in. It was brutal, Stu fucked up his knee, we met an amazing nurse on top of this mountain spraying some magic spray over his knee and we made the decision to {carry} him back down. By the time we got there and spent time in there it would have been pitch black…we were literally walking along the edge of the mountain, it wouldn’t of been pretty in the dark. So yeah, that was a fail. Buttt now you know that, it would be totally worth it if your prepared for that and put time aside for it! 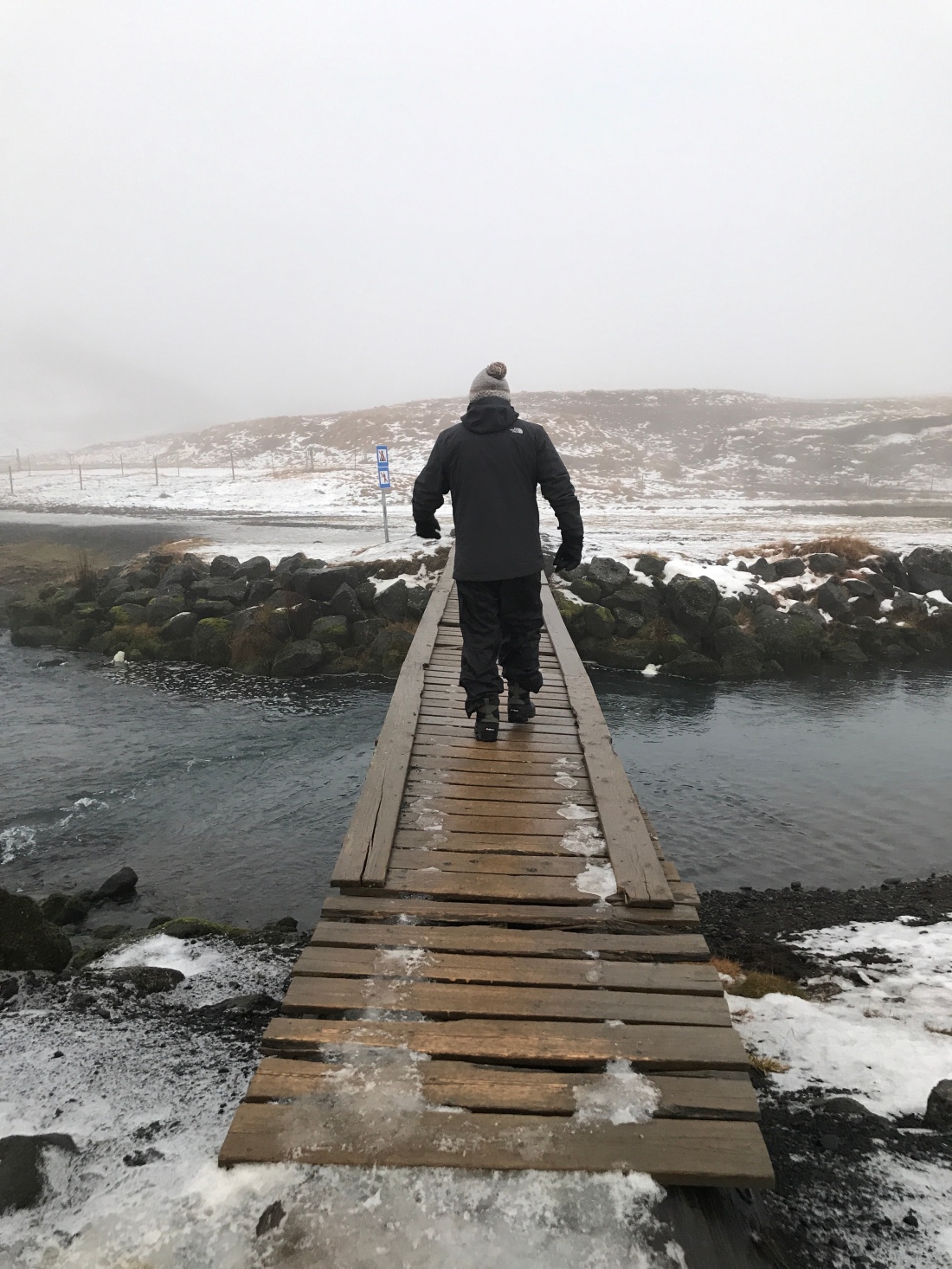 We also went to a couple waterfalls, Seljalandsfoss and Skógafoss. These were incredible, if we had more time we would of gone to the hidden waterfall behind Skógafoss, called Kvernufoss. You’ve also got Dyrholaey and Reynisfjara where you’ll find Iceland’s famous black sands, if you’ve got time try and check them out too! 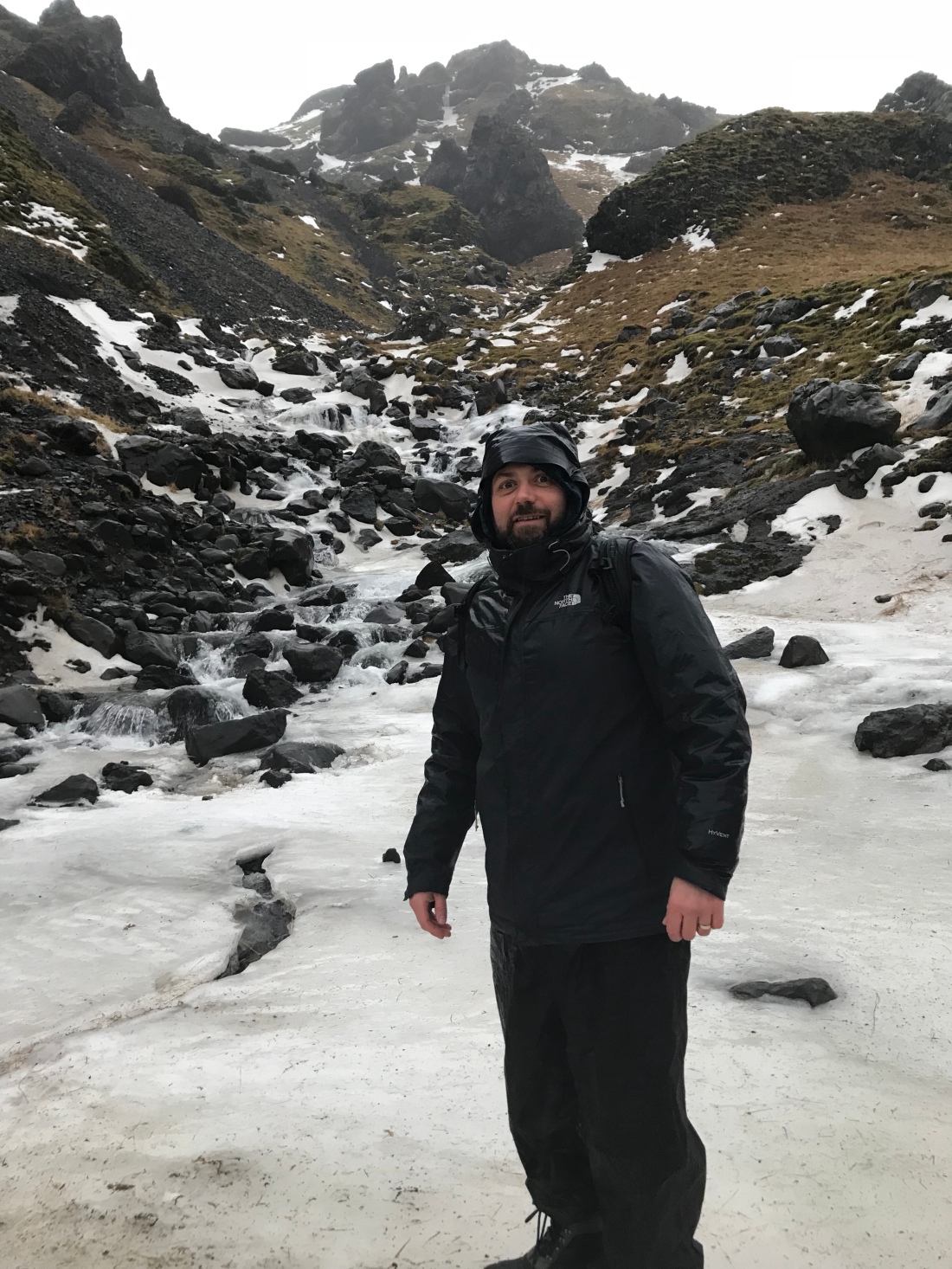 So all we had to do now was find those damn lights, not the street lights, the northern ones. Every night we were there it was cloud, turns out they don’t just come out every night like the shows in London 🙄 shocker. Our last night was looking clear, we went out away from the light pollution of the city and found ourselves in a crazy ass field. After 3 hours we gave up and went home, saw nothing. On our way home we saw loads of tour companies with everyone taking photos, so we pulled over a pretended we were with them {obviously 😂}, turns out all we had to do was take a photo and there it was.

So here it is, the aurora is certainly a very special thing. You are incredible lucky to see the lights, it depends on so many factors – clear nights, the rating of the aurora {find out the rating and cloud coverage here} so, our northern lights wasn’t strong enough to see with the naked eye BUT my camera picked it up with long exposure. I mean we have the proof we ‘saw’ it so it’s better than most 🤣 I’m holding on to that HA. 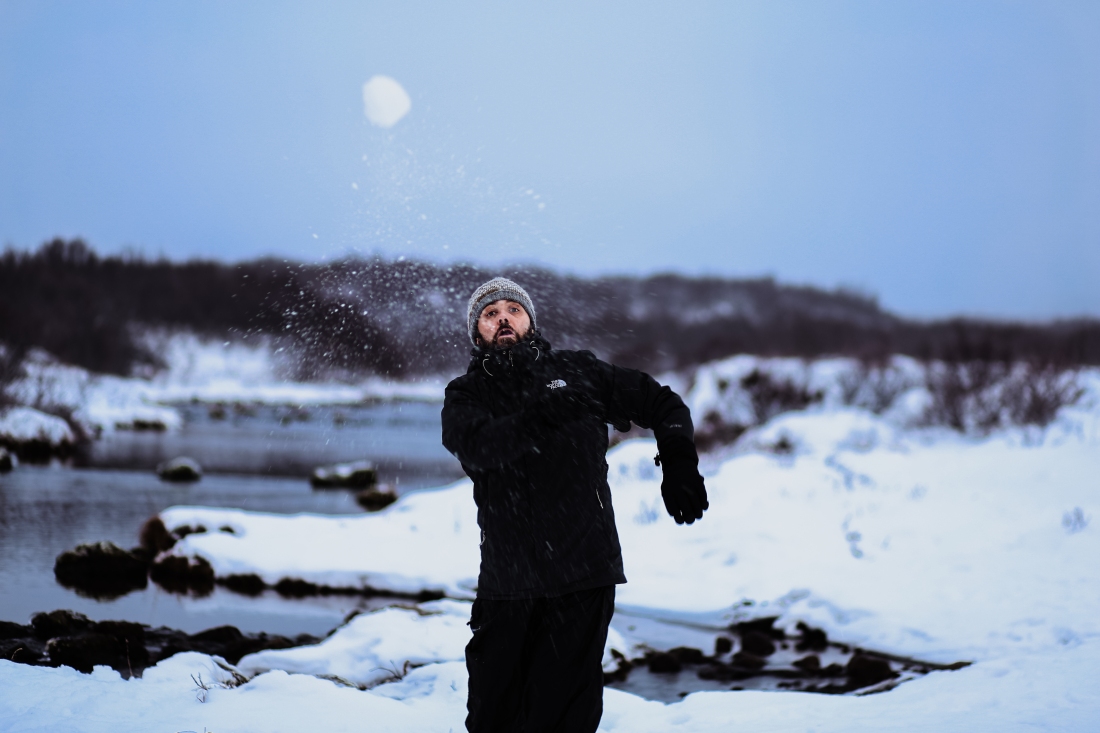 So here’s the low down on what I booked up for Iceland, I booked a groupon deal and thought it was a huge saving. It wasn’t…don’t book a groupon deal. I didn’t loose money but I could have tailored the trip so much better to suit us, it wasn’t the end of the world, I just won’t be doing that again. If I could book it again I’d find a cheap ass flight (Iceland air and wow air are their main budget airlines), find an Air b&b and hire a car. {check that your car hire is based in the airport rather than you having to get a transfer to it} Our groupon deal included a northern lights tour which isn’t needed IMO, when you have a car you can do that same tour every night and have more of a chance of seeing the lights anyway! Car hire is a must for us when we go away, it gives you so much flexibility and freedom. It means you don’t have to book most tours because you can just do it yourself. 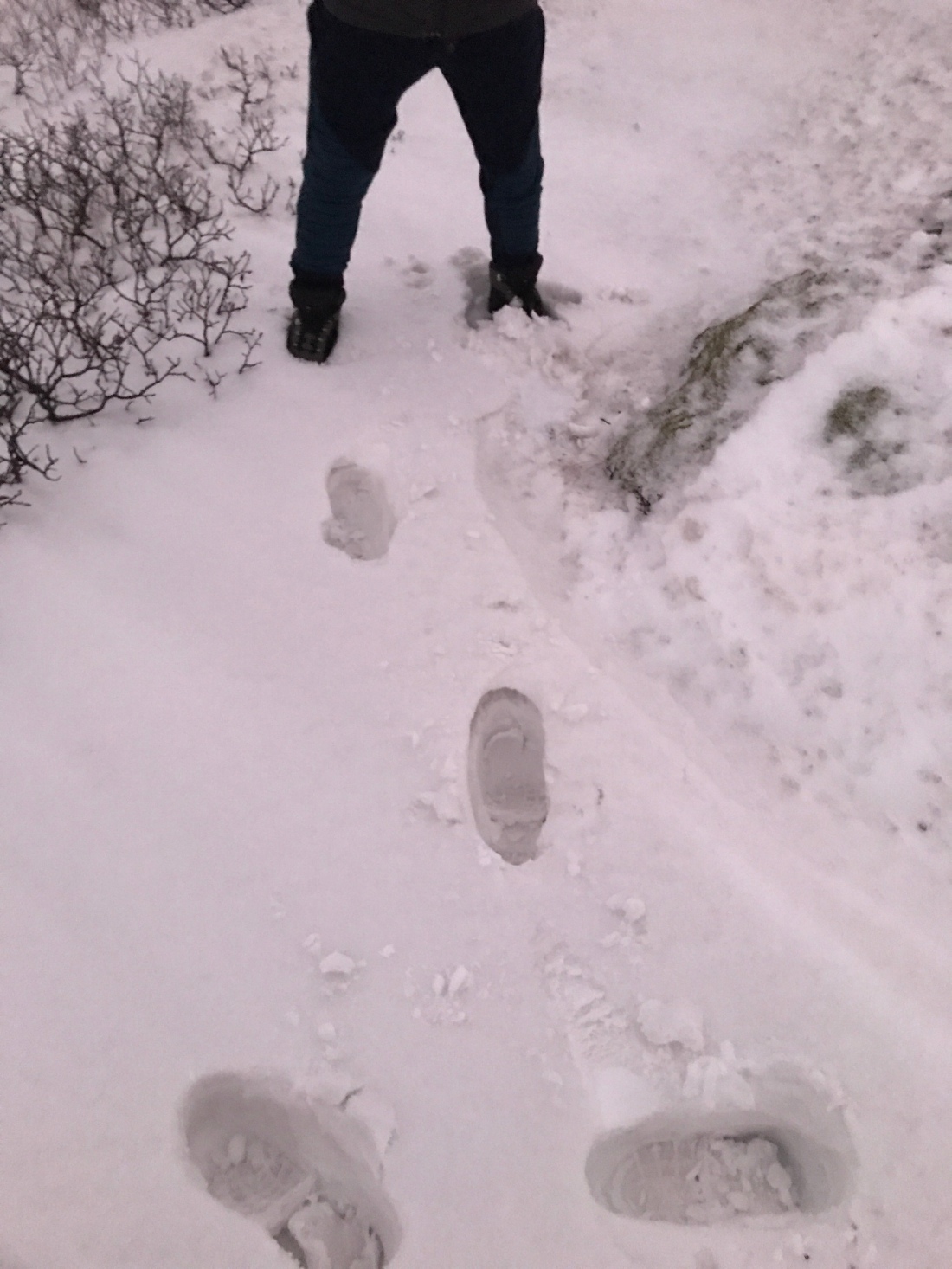 Iceland is known for it being crazy expensive, I don’t think it’s anymore expensive than cities like London or New York. You make a holiday as expensive as you like, obviously the big one is alcohol, if you drink then it’s going to set you back. We’re lucky that we don’t drink. So we went out to a pretty nice restaurant, burger and chips with water cost us about £45. It’s nothing to write home about. Just don’t be silly with your money, the tap water in Iceland is the freshest water you’ll ever drink, just bring along one of them squirty squash things to top the water up with if you need to!! Just be organised with spending your money and you’ll be fine. 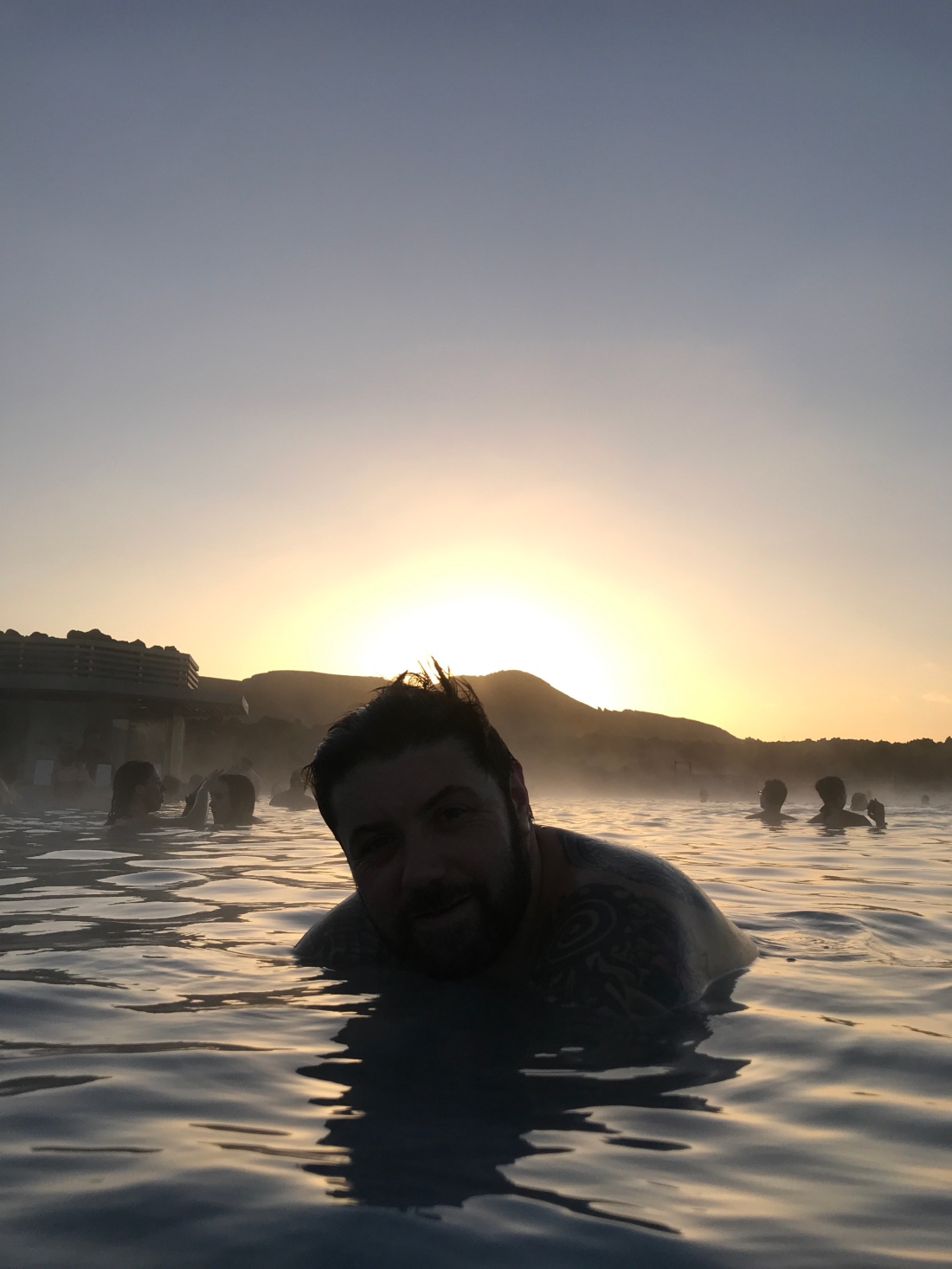 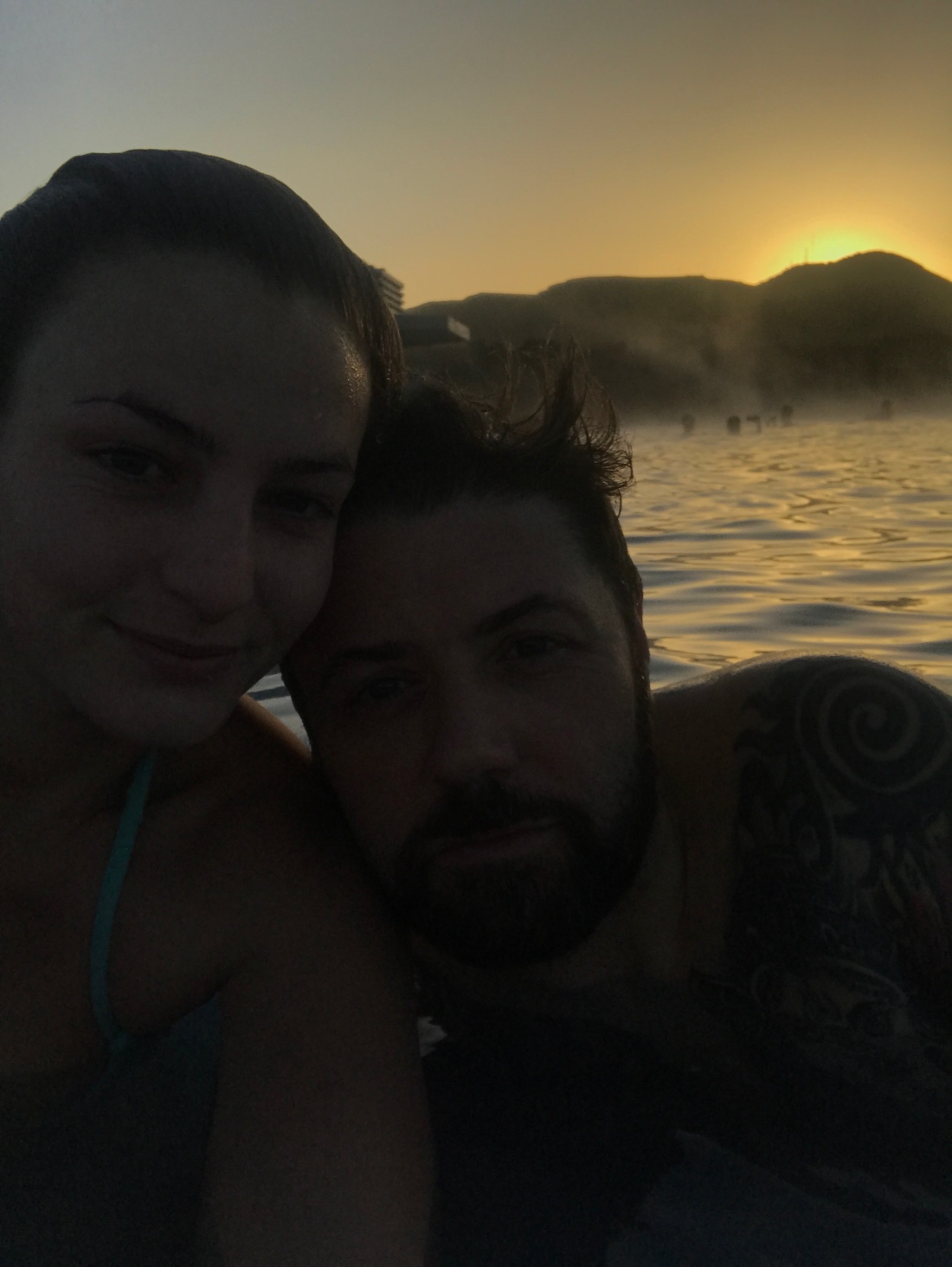 So Iceland is one of THE most amazing countries you’ll ever see. If you are fortunate enough to have the opportunity to visit this beautiful country, make sure you go and cherish every bit of it ❤️